December 15th 2020. So it all begins: My very first book officially releases.

The post-apocalyptic novel “BACKFIRE – IN SOLITUDE” is the first volume of “BACKFIRE”, a short novel series set in a fictional part of the UK. It follows a group of nine high school graduates on a trip to the port town of Georgestone, when all of a sudden the world and society as we know it starts going down.

“IN SOLITUDE” is the first of two books in the first season of the long-running series and introduces the new world situation to the readers as well as the characters and the areas they are surviving in. Of course, an apocalypse, where the dead roam the surface, cannot be nor stay the story of only a few kids. There is a bigger, wider spectrum of cast to come.

How will they survive? And more importantly:

How will Backfire release in the future?

Now is the perfect time to start reading – and if you’re unsure whether or not “BACKFIRE” fits your taste, feel free to have a short sneak peek at the bottom of this blog entry.

The book series is currently going through lots of progress. At the time of this blog going online, the second volume is already just a couple of days away from being published. So if you buy “IN SOLITUDE” today, you will not have to wait long until the sequel arrives! That said, let me lose some words about my plans on the release structure: The first volume was released on December 15th 2020 and the second one will be released on June 15th 2021. Can you already guess the pattern? Each and every six months, one entry to the “BACKFIRE” series is planned to release. This will always be the case as long as a season is running. How long a season is depends. For example, the first season is only two books long, while the second season contains four entries in total. Inbetween every season, there will be some undefined temporal space for other books to release. For example, between season one and two of “BACKFIRE”, an extra volume will release in Q4 2021 that follows another character and serves as the beginning of additional anthology stories in the universe of “BACKFIRE”. However, the space between seasons will not always be used for such, as I want to mainly but not completely focus on one book series. I have lots of other stories to tell far far off of this book series. Stories, that explore deep space, fantastic medieval times, 1970s horror events, Jill Faythe, and many more. This however will only be explored in the future and here on this blog, you will be kept updated. So for now, the release shedule for “BACKFIRE” looks as follows:

“BACKFIRE – IN SOLITUDE” is available now on Amazon both as a print version and for Amazon Kindle. Languages available are English and German. 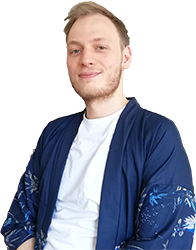 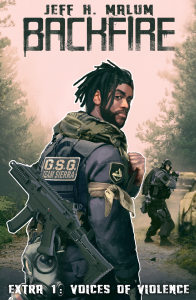